Wow, where on earth has the past half a year gone? I’ve thinking for a while “It’s been a couple of months since I updated my blog” but in fact it was July last year I last posted! Where have I been?

So, how about I just bullet point what’s been going on in the world of Dan Rabarts, dark fiction author, then? 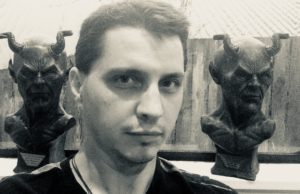 So what’s next? Survive StokerCon. In fact, survive travelling through the strange dystopic landscape of the USA. Survive without the family for a week. Plot out the third Path of Ra book. Finish edits on a different novel and get it into the right hands, in the hopes it might find a home. Survive the day job. Keep hurling those ropes at the sun. Cos that’s how we roll.

This entry was posted in Awards, Books, Conventions. Bookmark the permalink.

2 Responses to So Much News…