Children of the Tide 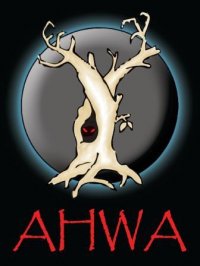 Children of the Tide was my first-place winning entry in the 2013 Melbourne Zombie Convention Short Story Contest.

Of the story, the judges had this to say:

“The way you build suspense is the real key to this story, for me. The way the three threatening entities of other people, the dead, and ghosts interact, and finally come together at the end, is part of that feeling of dread. But interspersing with enough sense of the love and hope Sarah brings to Morgan really highlights the horror.

There was little hesitation in choosing the first place. The pathos and suspense in this story are arresting and clearly deserving of the highest award.”

The story has since been published in audio form at the Tales to Terrify podcast, narrated by Matt Dovey.

You can read an interview with me, which originally appeared on the Midnight Echo website, official magazine of the Australian Horror Writers Association.

“The crack in the window let in the ghosts. They came with the night breeze, whistling their mourning songs and carrying with them the stink of rotten water that lay across the paddocks, down past the crooked fence that bent and bowed where the earth had sunk away to let the sea creep closer. Where the salt ate the grass brown, then grey, before the water swallowed it up.

Morgan didn’t fear the ghosts, not anymore. They didn’t eat much, no more than thin slices of his soul like dry skin flaking away, the used and barren parts, the brittle things that were no longer any use to him. Memories of bone and blood and heart, of lost things forgotten. People, mostly, from days when there were no ghosts, no rotten sea, no creeping death and the things that lurched up from the water under night’s shadow to feed.

For Morgan, nights were for hugging little Sarah close, keeping her warm and safe. For half-sleeping, half-watching, half-dreaming. For never forgetting everything Dad had told him, before Dad hadn’t come home. About always looking out for yourself first. About not trusting anyone. About never, ever going out after dark.

He didn’t know why the dead ones feared the light, and now there was no-one left who could tell him, anyway. All he had left was Sarah, and Dad’s lessons, about finding and storing food and water, about where to hit a man with a hammer so he doesn’t get back up, and how the dead ones might be able to sniff you out but they’re slow, damned slow, so don’t try to fight them, just run away, but not so fast that you get puffed and they catch you up.

Dad had all the answers. Dad knew how to survive.

So Morgan watched the night, and listened, and slept and dreamed, and woke shivering, and checked that little Sarah was warm and safe, like Dad would’ve done, because Dad had loved Sarah, loved her more than him, he was sure. Now it was Morgan’s job to love her. Rule number two, always look after your family. Yourself first, then family. And don’t trust anyone else.”

2 Responses to Children of the Tide