May Update on All The Things 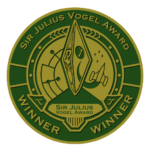 I thought when I did my last blog post that I had a lot to cover in one go, and I also thought I’d do well to do more frequent posts here to save myself being in this situation again, but here I am. Another bullet point post of all the happenings in my writerly life since February.

And there are things going on the background which I can’t mention,because they’re simply so very exciting that it would possibly break the internet to do so. And that wouldn’t be very fair.

So here’s that list of guest posts and interviews I promised you last time:

With Joseph Ashley-Smith at AHWA