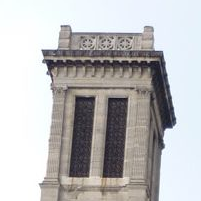 Of all the people one could piss off, this is the one who makes you pay most dearly.

Find this explosive tale of death and redemption at the Every Photo Tells website (mp3 audio).

Pick Your Battles has been included in the first collection of stories published in audio form by the Every Photo Tells team, which can be found over at Podiobooks.com.

“He snatched up a discarded beer bottle and staggered down the steps, feeling the looming weight of the building behind him. The library had been a church once, long ago, not that Chad gave a shit. Churches, libraries, schools; all a waste of space, like the people that came and went from them. Just like the Cambodian Kid: a waste of space who was gonna get the beating he had earned. “Back to the rice paddies for you,” Chad smirked.

He took the stairs two at a time.

The Cambodian Kid kept stomping the body. The town square didn’t get any closer.

Chad stumbled, the light hazing to gray, his vision swimming. He bent over, gasping, resting his empty hand on his thigh. His ribs were really hurting now. The granite terrace went down forever, even though Chad could see the bottom stair just ahead of him. He paused, puzzled, and hurled the bottle. The kid saw it coming and ran.

“Come back here!” Chad screamed, and vaulted down the steps. The granite flowed out before him, an escalator running the wrong way. He stopped, panting, his chest screaming against broken ribs. His face was a thumping roar of pain. Impossible as it might seem, the square was now even further away. He was near the top of the steps in the shadow of the library, the moon swimming along the roofline.

Someone tapped his shoulder.”