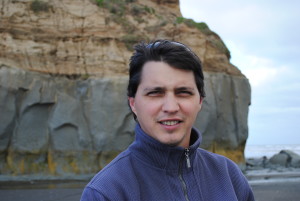 I am a writer of fantasy novels and speculative fiction, sometime narrator of podcasts (including stories for the Hugo award-winning StarShipSofa), occasional sailor of sailing things, and father of two wee miracles in a little house on a hill, under the southern sun.

In 2017, my first novel, co-written with Lee Murray, will be released by Raw Dog Screaming Press. Hounds of the Underworld, Book 1 of the Path of Ra series, is a crime noir/horror mash-up set in a near-future dystopian Auckland.

My short stories have appeared in venues such as Beneath Ceaseless Skies, Aurealis Magazine, Andromeda Spaceways Inflight Magazine, and on the Parsec Award-winning steampunk podcast Tales from the Archives, among many others.

You can find me on Twitter from time to time, and on Facebook now and then. I’d hang out there more often but really, I’ve got writing to do.

In the unlikely event that I get interviewed, I’ll collect them over here too.

2 Responses to About me