Dieselpunk, Horror, and a new narration in the wild 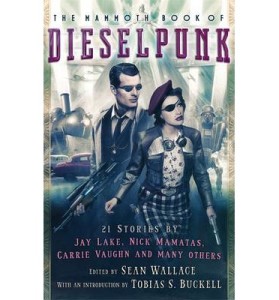 I’ve been buried up to my neck in edits for At The Edge these past few weeks, so much so that I’ve almost dropped the ball on some pretty big news.

Not long ago, I had a story appear in The Mammoth Book of Dieselpunk, titled Floodgate, which tells the story of an Australian pilot who encounters a rogue company of the Maori Battalion in the deserts of Northern Africa during an alternate history Great War. As you know, I’m a huge fan of dieselpunk as a subgenre, so I was absolutely thrilled to have a story accepted amongst such fine company as the late Jay Lake, Carrie Vaughn, Jeremiah Tolbert and E. Catherine Tobler. Not to mention the amazing cover art, and that it’s a beautifully produced book. As a short story writer, this one has been a real high point for me.

I also have another story appearing this month, in the inaugural showcase anthology produced by the Australian Horror Writers Association, In Sunshine Bright and Darkness Deep. The story is called Elffingern, and is another dark tale set around the First World War, and the fates of two soldiers who left New Zealand’s sunny shores and only found snow and blood and … something darker. Something that comes home. 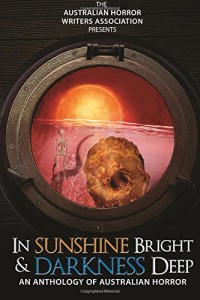 This year is the centenary of the defeat of the ANZAC forces at Gallipolli, an event which has left an indelible scar on the national psyche of both countries. I guess it was weighing on me these last couple of years, to have written two stories which explore the role of New Zealand and Australian soldiers in the wars fought in distant lands for Queen and Empire, and what that cost us. So it is a significant milestone for me to have had not one, but two stories delving into this subject published this year.

As well as this, during my research into these stories I learned that one of my ancestors was part of the Maori Battalion, who fought and was wounded at Gallipolli, and later died of his injuries in a hospital in London. He never saw New Zealand again. It gives both stories even greater meaning and resonance for me, because they carry some of the personal journey I went on while writing them, some of my own pain, and that of my family long before me. Which makes seeing these stories in print this year really worthwhile.

On a lighter note, I recently completed a narration for my favourite fantasy podcast, Beneath Ceaseless Skies. The story is Moogh and Great Trench Kraken, by Suzanne Palmer, and I have not had so much fun reading a story for a long time. It’s a wry, dry, witty tale of a noble but none-too-bright barbarian who comes across a great, unruly river that flows the wrong way, throwing itself against the sandy bank rather than flowing like a river should. So much fun. Go, read it, or listen to me reading it. You’ll have a laugh, I promise.

This entry was posted in Books, Podcast, Short Fiction. Bookmark the permalink.