Children of the Tide on Tales to Terrify 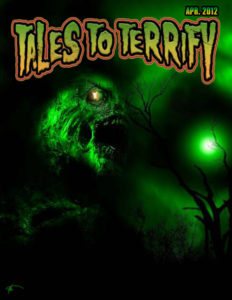 My story Children of the Tide, which won the 2013 Melbourne Zombie Con Short Story Competition and was originally published on the Midnight Echo website, has found a new home on the Tales to Terrify podcast, episode 272.

The story has been wonderfully narrated by Matt Dovey. Matt is a writer of fantasy & science-fiction, a Golden Pen winner for WotF32 and was shortlisted for the James White Award 2016. He is very tall and very English and is probably drinking a cup of tea right now.

This entry was posted in Podcast, Short Fiction and tagged Horror. Bookmark the permalink.