Welcome to Day 2 of your sneak peek at my special 5-Course Wild Magical Banquet menu!

So I’ve already told you about my little corner restaurant, right? No, I’d prefer you don’t refer to it as imaginary. Visionary, now there’s a word I like. Anyway, I imagine, I mean, envision, that in this restaurant there’ll be a long feasting table for questing heroes with lots of friends who want to celebrate their bloody victories, as well as private little booths where an intimate group might enjoy a lovely plate loaded high with crispy appetizers and sauce, surrounded by tall glasses rimmed with frost from the exotic – and probably expensive – elvish liqueurs they’ll be imbibing. What flavour and texture will this stack of steaming nibbles take? Read on, prospective dinner guest, read on!

But don’t forget that Omnium Gatherum, fine purveyor and literature dark and twisted, is offering you, dear reader, a free copy of a certain tome, recounting my latest adventures, entitled Sons of the Curse, for the mere act of recreating my recipes yourself, and somehow painting them in invisible fragments of light on this infernal window. To learn more, click your clicking thing on this scrawl of letters.

Following the potentially amazing, or possibly rather awkward, first course of Sometimes Soup, I’ll be serving a dish which I guarantee will, as the young folk say, rock.

One thing about staking my claim down there near the Skullspines, is the unusually high populations of magical creatures which roam the mountains and foothills, and the brave yet crazy hunters who bring them back for the gastronomical delight of my likely clientele. Free-range tastes best, as they say, and what can be more free-range than the Vrock, a vast winged beast which can soar the alpine skies and shift between this plane and elsewhere at a whim. Where they go I hope I never discover. Although, the way things have been going lately, there’s a good chance I may. I’ll try not to think about that. Which of course means I’m now thinking about it. Oh dear.

Anyhoo, don’t worry. I know all about Vrock, how the old birds are tough as boot leather, as much from the plane-hopping as from their general grumpiness. Gets into the muscles, the bones, you know? Makes them far less edible, the older and grumpier they get. Maybe it’s a survival technique. Who knows, I’m no ornithologist. I’m mostly interested in the bits of a bird you can eat, and you can’t eat their bad manners.

So, no old Vrock. Which means you gotta get them freshly hatched.

Tricky business, given how they build their eyries on high shrieking wind-shredded cliffs, and accounting for how the adult Vrock have a beak on them so sharp it can take your hand off, while their talons rip your guts open from stern to spleen. So you’ll appreciate my prices. But if a hunter can swipe a nest and make it back to the lowlands alive, that’s a whole lot of delicious, free range baby bird right there.

Luckily, Vrock lay extremely large clutches of eggs, since most the birds don’t make it to grumpy old adulthood. Probably because of the stupid high places they build their nests, the dangers of learning to fly in high winds, and no doubt the perils of transdimensional travel, which are many, I assure you. So in a way, we’re doing them a favour, making their short lives bring at least a little pleasure to someone before they expire. Namely you, dear guest. If you have a heavy purse.

Boar Bacon Rashers (Regular pig bacon rashers will substitute if boar is rare in your parts, but remember: Free Range is best!)

Trim the rind off the bacon and reserve.

For wide bacon rashers, cut in half down the middle to allow for a long thin strip.

Spread the cranberry over the Baby Vrock Drumsticks and then wrap a couple of long strips of bacon around each. Secure with a toothpick.  Season with freshly ground salt and black pepper.

Lay the bacon rind on an oven rack, then place the wrapped Baby Vrock Drumsticks on top of it.This will help stop the bacon from sticking to the tray, and will also help baste the portions as you turn them during cooking.

I cook mine in a hot oven with a gentle open flame above for about 40 minutes, turning every ten minutes or so. You may have a combination oven/grill setting or some such on your infernal electric cooking receptacle, which you might like to use. Either way, you want the Baby Vrock to cook through, and for the bacon to go crispy. Don’t let it burn!

Also, ensure you keep a good supply of enchanted arrows and combat spells on hand, because the Vrock just might come after their offspring at any time! But that’s all part of the dining experience. 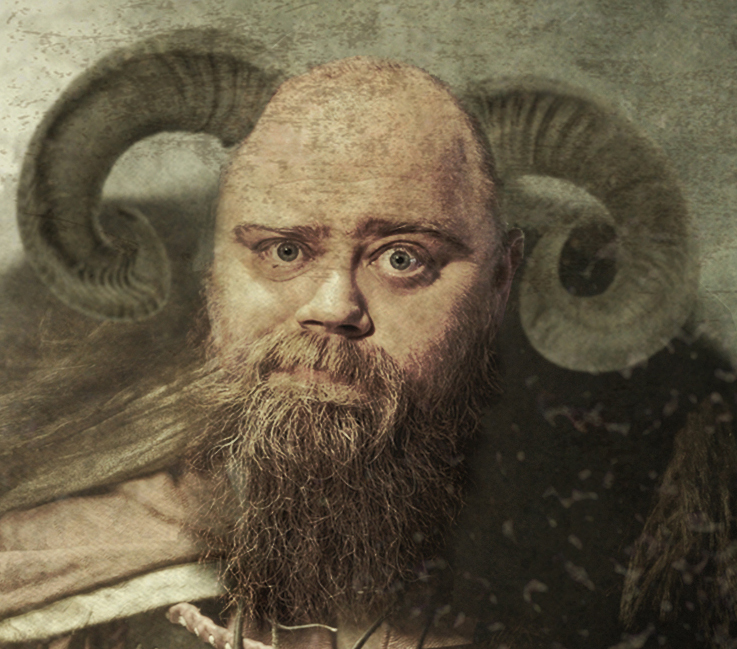 Akmenos, son of Bane, is just the friendliest falsely accused murderer you might meet, and it seems completely unfair that he’s on the run from his empire and even his own brothers for something he’s pretty sure he didn’t do. He thinks. You can be the judge as to whether he poisoned that elvish prince fellow, by following his adventures in Brothers of the Knife, Book 1 of the Children of Bane series, and Book 2, Sons of the Curse. He’d just like to get back to pottering in the kitchen, smoking his pipe (if only he could find it), and drinking tea.

This entry was posted in Books, Guests and tagged Brothers of the Knife, Children of Bane, comedy, Cooking, fantasy, grim, grimdark, Recipe, Sons of the Curse, steampunk. Bookmark the permalink.