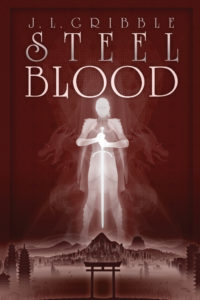 Engaged to protect the Princess Zhinu from subversive elements operating within the Qin Empire, mercenary Victory is accompanying the British trade delegation on the ship Xianfeng. Currently, Victory is the vampire Master of the City of Limani, a neutral city-state between the British and Roman colonies, where she helps maintain order between the human and supernatural populations. The delegation is heading for the Qin colony city of Jiang Yi Yue. En route, we were able to secure a rare interview with her while she kept to quarters during the daylight hours.

Master Victory, which of your roles would you say makes you feel most alive? Mercenary, mediator, or mother?

Alive is an interesting word choice there, isn’t it? I spent the majority of my life as a mercenary, fell into the mediator role when I retired and accepted the mantle of Limani’s Master of the City, and became a mother to a child in need. Through circumstance rather than premediated choice, but I have no regrets there. Certainly, all of those roles have moments that can elicit extreme emotion. But life isn’t just the exciting or dangerous bits. Life is what happens in between. So, I think I’d have to go with hanging out with my family, sharing some drinks and laughs, as the time when I feel most alive. My roles are part of that because they are what led me to this point in my life, to have those experiences.

Since you brought up the subject of family: For those of us who might be unfamiliar, can you tell us something about the relationship between a vampire and her daywalker?

I’d be happy to, since I know the vampires of the Qin priesthood do not traditionally take on daywalkers—at least not the last time I was in the Empire. I’ve heard daywalkers referred to as “human servants,” but I hate that term. While the daywalker gets the benefit of longer life and the vampire gets the benefit of a daytime guardian, which was much more important in ages past, it’s not a one-way street. A daywalker has to be a partner, because the trust goes both ways. And while my partnership with Mikelos has grown out of love, it’s a relationship that needs care and feeding like any other, whether romantic or otherwise.

As someone who’s had numerous life partners in her 800-year life span, what, in your opinion, is more important to a successful relationship, love or trust?

Mikelos is the only daywalker I’ve ever had, but I’ve had mercenary partners, business partners, and romantic partners. Like with Mikelos, love can be part of all of those relationships, but trust is what makes it work. The only time I’ve been married, it fell apart because the trust was never fulfilled on either side, and what love might have been there faded as part of that.

Nature or nurture? Which is more likely to bear out?

I think that very much depends on the person. I never raised my daughter Toria to be a mercenary, but she decided to follow in the family footsteps regardless. All I did was offer her the opportunity to succeed at whatever she chose in life. On the other hand, a vampire progeny I once had was raised in his human life to be an assassin. I thought I’d turn him into the perfect mercenary partner, but he gave it all up to pursue a life in academia.

That said, what qualities, if any, does your daughter Toria show that you recognise from your young self?

Because of the circumstances that led me to becoming a vampire, I actually have no memories of my human life or childhood. That being said, there have been plenty of occasions when I’ve wanted to throw up my hands at my daughter’s hot-headedness only to have my vampire sire make snarky comments about payback being a bitch. Apparently the arrogance of youth is not limited to humans alone.

Just earlier, on deck, we chatted briefly with your daywalker Mikelos Connor, who assures us you have no flaws whatsoever, although as your partner perhaps he’s somewhat biased! Apart from obvious your affection for you partner and your children, what do you consider to be your greatest weaknesses?

The price of functional immortality is learning how to change with the times. But no matter how willing you are to make that change, it still beats against years, decades, even centuries of habit. While I did retire from active mercenary work, this current contract being a rare exception, I certainly fell into the previous roles we spoke of kicking and screaming. I was perhaps the last person in Limani, at the time, to realize that I’d been acting as the Master of the City for years before formally accepting the title.

It’s former Governor Zhuanxu Xian, a weredragn and your former lover, who has summoned his Lady Moon to Jiang Yi Yue, ostensibly to protect the heir to his bloodline from an outside terrorist faction. How do you imagine it will feel to see your former lover again after almost 200 years?

It doesn’t surprise me that journalists would be able to dig up that particular bit of scandal. Victory spends some time looking out the cabin porthole. I’m sorry, this is a difficult topic for me. Even though I just said that I don’t change easily, people do change over time. Perhaps if our love affair had been able to take a more natural course, I’d feel differently. But what we had was a long time ago, and we both had other responsibilities, just as we do now. Seeing him will be nice, but I know the man I loved is long gone, just as the woman he loved is no longer who he might see in his memory.

What are your initial impressions of the other members of the British expedition, who you’ve met during the course of this sea voyage: the seasoned diplomat Lord Benjamin Reynolds, the young Earl Robert Wallace, and the earl’s friend, Sir Guy Olivier? And what are your thoughts on the weredragon, Tan?

I haven’t had much interaction with the British since they closed their borders to vampires a few decades ago, though I regularly interact with the werewolves of Limani. Dinner with Reynolds and the two young men our first night of the voyage was eye-opening, but not in a bad way. More of a “The more things change, they more they stay the same” way. Since then, I’ve had some lovely conversations with Lord Reynolds over drinks, and Earl Wallace and his traveling companion invited me to fence with them the other night. Didn’t seem to mind in the slightest that they were vastly outmatched, which speaks volumes in itself.

Tan was assigned to be Mikelos’ escort on this voyage, and he has done an excellent job making sure that we’re comfortable and have everything we need. He’s also a musician, and has been teaching Mikelos to play a Qin instrument, possibly for the sake of everyone’s ears onboard. I hope we will continue to see more of him once we reach Jiang Yi Yue.

In your view, what are the chances of a trade accord between the Qin and British? I mean, there was that whole business of the Last War, wasn’t there?

I think the time is long past for such an attempt to be made, though I understand that these sorts of things take a new generation of leaders to pursue. The war was a tragedy—wars always are, despite they were how I made my living for a long time—and I hope that a beneficial economic arrangement can be made on all sides. And now you’re hearing my political side coming out! On a personal note, I suppose you can say I have a vested interest in wanting a trade accord to work out, because it might mean more access to Qin goods in Limani. There are definitely some varieties of tea I miss.

The Princess Zhuanxu Zhinu, a daughter of Governor Xian’s weredragon bloodline and distantly related to the Emperor, is expected to marry into one of the four mainland dragon families. This practice seems rather strict, almost barbaric, in this modern era. What do you make of the tradition?

It all boils down to genetics, doesn’t it? I’m sure it seems outrageous to you that not one, but two werewolves were sent on this diplomatic mission, but that’s because the wolves have a much easier time breeding true. I bet you didn’t know that there are female werewolves, did you? Victory waits politely until my assistant’s gasp of shock passes. You might think it’s out-dated, but if Lady Zhinu has been identified as a carrier for the weredragon traits, she’ll need to marry carefully in order to assure the continuation of her family line. There’s a cost to the privilege of nobility, after all.

Courtly manners or political etiquette: which do you deem trickier?

Neither, please. But if I had to choose, definitely political etiquette. At least in politics you can occasionally say what you really mean.

That sounds a bit like asking someone how they take their steak when they’re ordering, doesn’t it? I appreciate the offer, but I assure you that my dietary needs are being seen to on this voyage. When Victory smiles this time, she displays a set of sharp fangs.

[Jumps up and backs away quickly]. Um, it seems that last question might had been a tad impertinent. My sincere apologies, Master Victory. If you’ll excuse us, perhaps it’s best if we retire to our quarters for the rest of the voyage. We wish you the very best for your latest contract, your partner’s success at the concert, and the diplomatic mission. [Flees the cabin].

As her children begin lives of their own, Victory struggles with the loneliness of an empty nest. Just when the city of Limani could not seem smaller, an old friend requests that she come out of retirement for one final mercenary contract—to bodyguard his granddaughter, a princess of the Qin Empire.

For the first time in a century, the Qin and British Empires are reopening diplomatic relations. Alongside the British delegation, Victory and her daywalker Mikelos arrive in the Qin colony city of Jiang Yi Yue. As the Qin weredragons and British werewolves take careful steps toward a lasting peace between their people, a connection between the Qin princess and a British nobleman throw everyone’s plans in disarray.

Meanwhile, a third faction stalks the city under the cover of darkness. 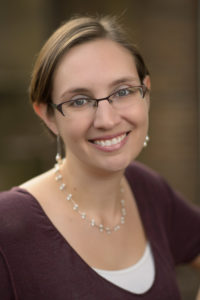 By day, J. L. Gribble is a professional medical editor. By night, she does freelance fiction editing in all genres, along with reading, playing video games, and occasionally even writing. She is currently working on the Steel Empires series for Dog Star Books, the science-fiction/adventure imprint of Raw Dog Screaming Press. Previously, she was an editor for the Far Worlds anthology.

Gribble studied English at St. Mary’s College of Maryland. She received her Master’s degree in Writing Popular Fiction from Seton Hill University in Greensburg, Pennsylvania, where her debut novel Steel Victory was her thesis for the program.

She lives in Ellicott City, Maryland, with her husband and three vocal Siamese cats. Find her online (www.jlgribble.com), on Facebook (www.facebook.com/jlgribblewriter), and on Twitter and Instagram (@hannaedits).