Au Contraire 3, New Zealand’s 37th National Science Fiction and Fantasy Convention, is done and dusted, and I lived to tell the tale.

I worked with Lee Murray to programme the Writers’ Stream of panels and events, which was a formidable task but one that we put our best into and turned out what most reports describe as a fairly well-balanced selection of topics and workshops, with something to suit everyone. As well as the coverage of literary topics, the convention also boasted cosplay and filking, and of course featured the highlight of the weekend, New Zealand’s Sir Julius Vogel Awards for Science Fiction, Fantasy and Horror.

Great to catch up with so many old friends and make some new ones during the course of the weekend. Had a fantastic time being part of some lively discussions about horror, steampunk, podcasting, community building and more. One of the highlights was working with Star Wars Origami Guru Martin Hunt to help build a life-sized BB8 droid, which looked pretty amazing by the time we were done. Several members of the convention helped with the folding, making this world first a reality.

Another highlight was the book launch for At The Edge, the anthology of dark antipodean speculative fiction edited by Lee Murray and myself, now availalbe from Paper Road Press. Had a whole raft of authors there to sign books, and had readings from Paul Mannering and AJ Fitzwater, which made for an excellent event.

A few photos below to round out this record, with lots more over on my Facebook feed.

Now, time to start planning in earnest for LexiCon in 2017. I’m overall Programming Co-ordinator for next year’s convention, and I want to hear from you if you have ideas about the sort of panels, discussions and events you’d like to see. Drop me a comment here, and check out our registration page at: http://www.lexicon.cons.nz/ 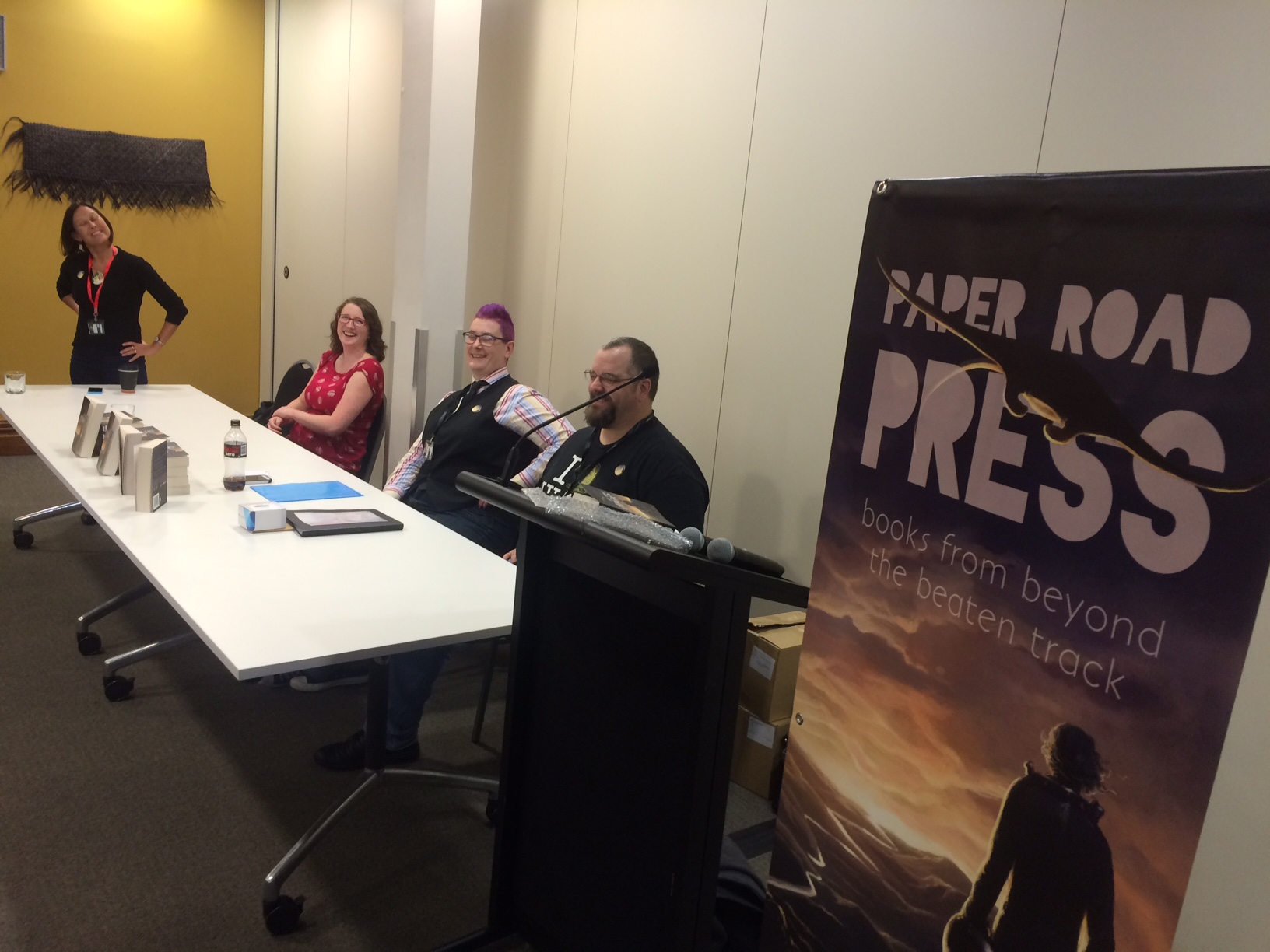 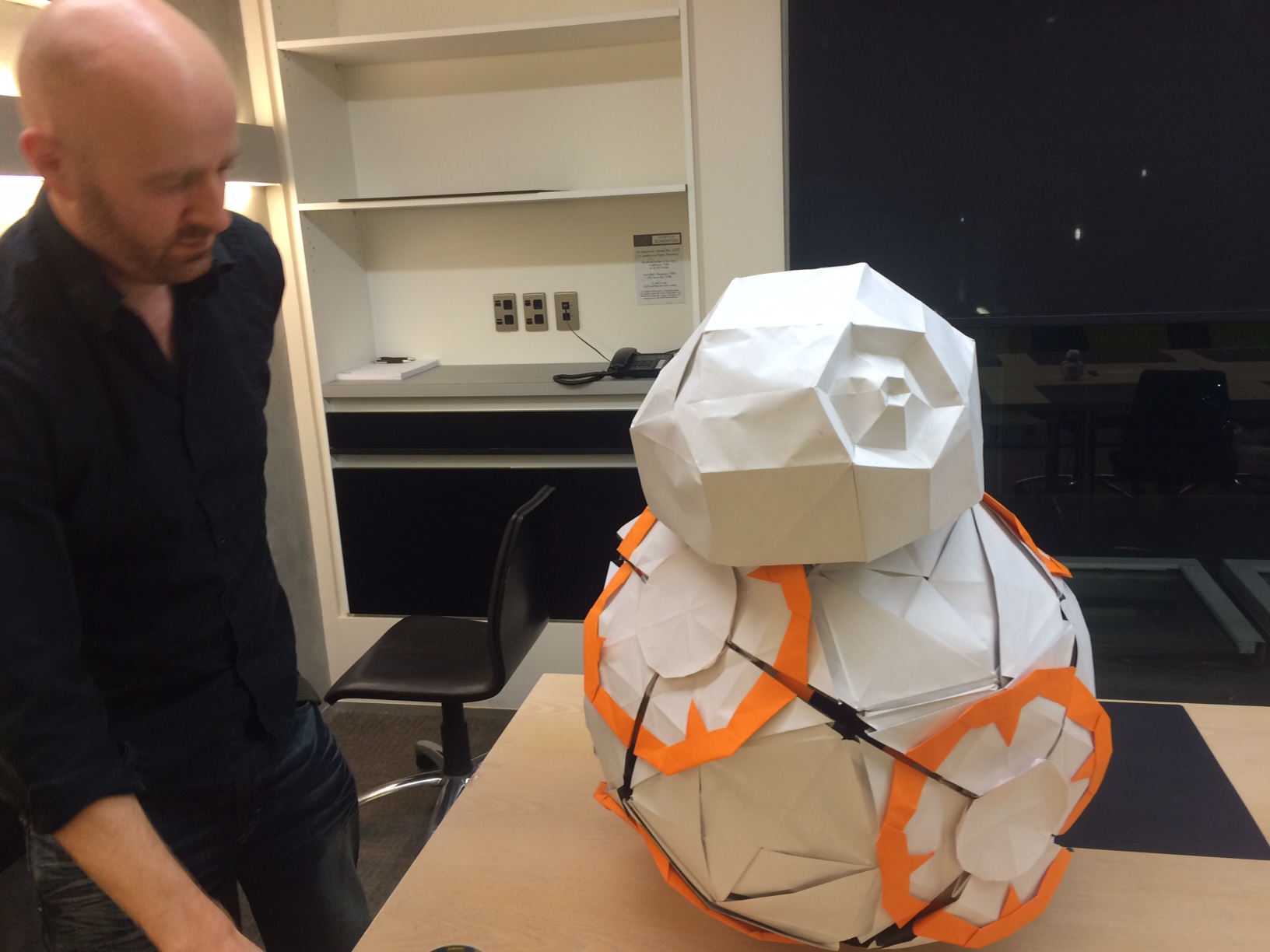 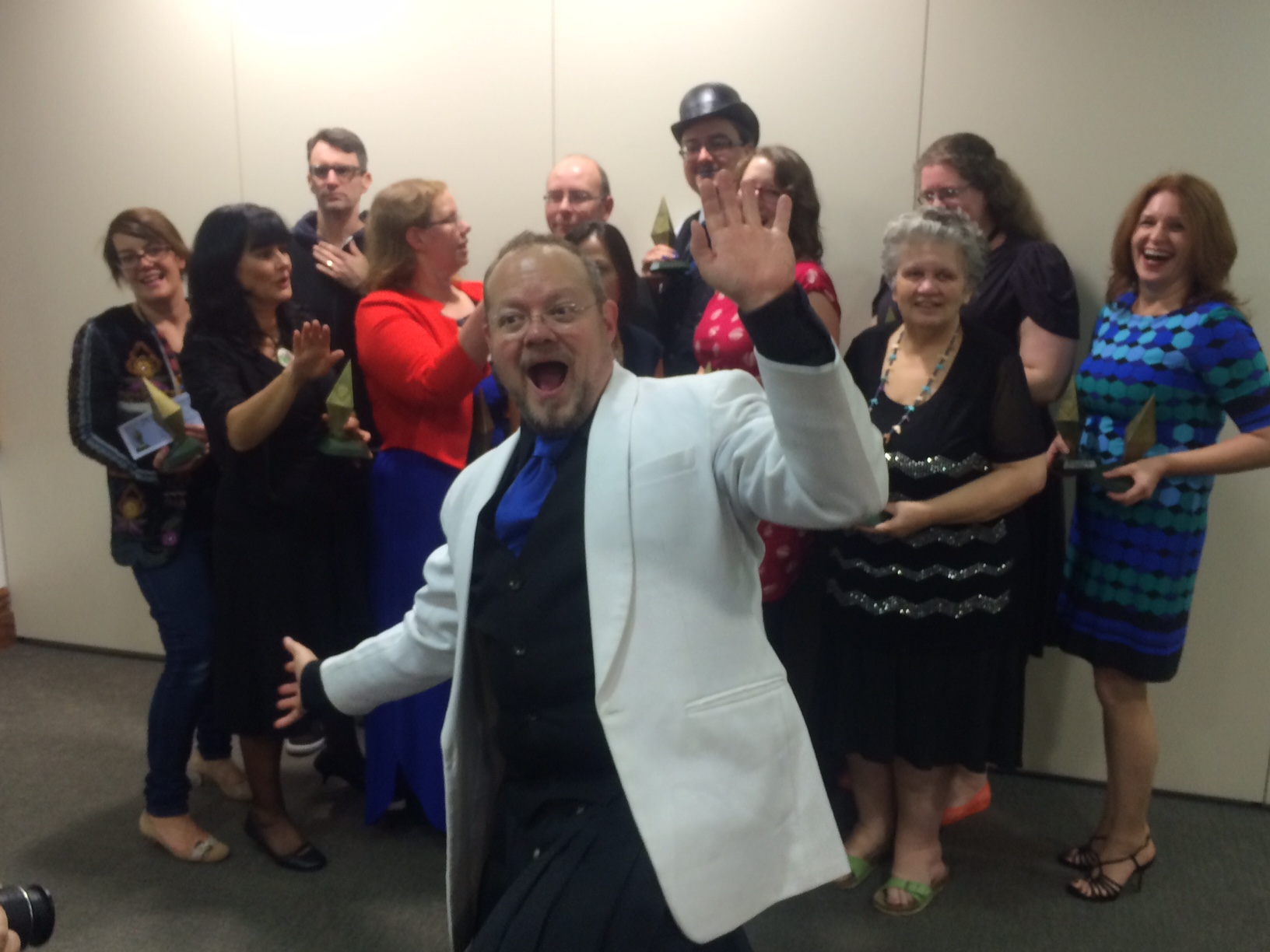 This entry was posted in Awards, Books, Conventions. Bookmark the permalink.