Talks with the Boy

I’m a lucky guy. Several years ago, I fell on my feet when I met a lovely girl who has been with me ever since. We have two amazing kids, and I’m thankful for them, every day. 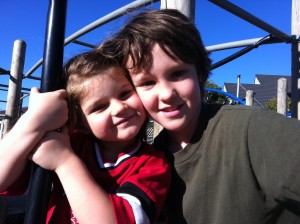 We all know kids can be a handful, but they say that as they get older they become their own reward. I’d like to think that my kids have always been rewarding, despite the hard work that goes with raising them, but just recently this idea has taken on a whole new light, as my son has just turned nine and is growing up really fast. He’ll be a young man before I know it.

But let me jump back thirty years.

I remember my dad and mum taking my sisters and I out one dark night in 1986 to climb a hill and take a look through someone’s telescope at Halley’s Comet, fuelling my fascination with stars and all things space-like and science fiction-y. Amazing how a little investment in your kids can have a lifelong impact. 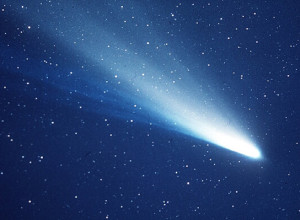 So, on Saturday, we anchored up off a little island in Wellington Harbour and took the kids ashore to explore. We do this often, and every time we do it’s a new adventure. But this was a bit different. In places on the island, you can see layer upon layer of volcanic strata, pressed on top of each other, pocked through with hollow bubbles. These layers run vertically across the shore, evidence of how geologic layers have been pressed together and ultimately thrust back up from the earth’s crust to form these columns of striations that we can climb along, put our hands inside, crumble with our fingers. Fascinating just to look at, but even more so to explain to your nine-year-old how these rocks were formed millions of years ago. How this probably happened at a time when life was still just taking form on the planet, long before people, before the dinosaurs. Much longer ago than even I can remember. (At which point, he very kindly tells me that I’m not old. So sweet.)

We walk around the island, climb more rocks, and pick up shells. We look at how the rocks crumble under our hands; how the sun and rain and wind get into them and erode them away. How this island, with all its high peaks and points, is slowly wearing down into the sea, and eventually, after millions of years, will be drawn under the sea and turn back into magma and then into rock to be spurted out of a volcano, and so the cycle will start all over again.

When you can walk along a beach, and talk to your nine-year-old son about how the sun is a star, billions of years old, about halfway through its life, and how it will eventually swell to a blazing mass and its heat will destroy all life on earth, and he says, “But that’s not going to happen while I’m alive, right? Because that’s billions of years away. So I won’t need to worry about it.” That’s a comfort zone right there.

So then we talked about how no matter how far away in time that might be, the only way to escape it is for humans to find a way to travel to other stars and find other places to live, somehow. And he doesn’t reckon that will be too big a problem.

Some people say the vast majority of scientific endeavour is driven by the imagination; that science owes a lot to science fiction for inspiring generations of thinkers to consider what others treat as impossible as simply the next challenge to be overcome. Every year, science is breaking down the boundaries of the impossible. We can open our phones and look at photos taken on Mars, by a machine put there through passion, determination, technology and imagination.

And then tonight, turning over his space calendar to a picture of a pinwheel galaxy, he wants to know how long it would take to fly there. So we find ourselves talking about light years, and relativistic speeds and the alleged impossibility of travelling at the speed of light, and time dilation, and cryosleep, and generational arkships, and wormhole technology. And he tells me how all we need is a really smart computer, and a spaceship with a teleport in it, and it can land us anywhere we need to go and it won’t take us 15,000 years and however many civilisations might rise and fall while we cross 1500 light years at 10% the speed of light.

Because, when you’re nine, all these things are pretty damned straightforward.

I don’t remember what Halley’s Comet looked like. But I remember being there. I remember being amazed, and feeling so small and cold in the eye of the universe. There was something chilling in the knowledge that by the next time it passes Earth, my parents will be gone, and I will be old, if I live that long at all.

This entry was posted in Life. Bookmark the permalink.

2 Responses to Talks with the Boy